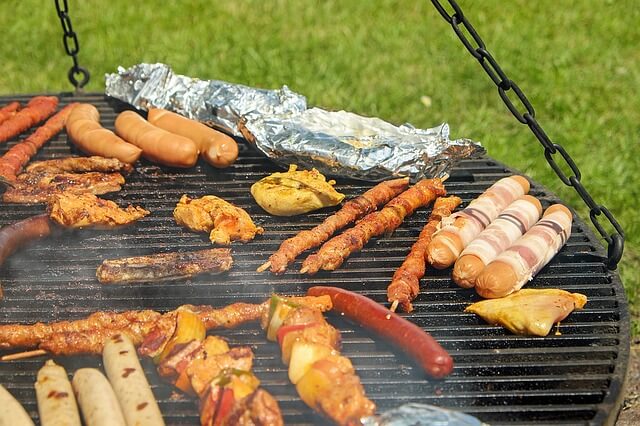 Do your best to eat less meat.

If you can go the whole week without eating meat or any meat products, even better.

“In the end, we will remember not the words of our enemies, but the silence of our friends.”

First, we want to get something clear – we are not trying to convince you to stop eating meat, we really don’t. We know there are a lot of you out there who simply can’t imagine your lives without eating meat since we are one of those “meat lovers”. But we’ll make a sacrifice and do our best to bring our meat consumption to a bare minimum or maybe even turn into vegans eventually.

All we are suggesting is to try and eat LESS meat that you do now. If you already eat meat only once or twice per week or if you’re a vegetarian you can simply check this challenge of your list, but you’re still more than welcome to read the rest of the article, you might learn something new.

This week’s challenge is quite a big deal. After reading this article, you’ll see that by performing it you’ll do more than one good thing – you’ll help the environment and you’ll help yourself. Below we’ll explain how and why into details. We’ll also tell you the most common reason why do people eat meat in the first place.

Moreover, we’ll discuss a question that’s been often answered incorrectly, even by doctors and scientists – are humans supposed to eat meat?

Furthermore, we’ll provide you with some other useful information by answering some questions that are often encountered when talking about meat – how often should we eat meat, why should we eat less meat and is it healthy to eat meat every day. 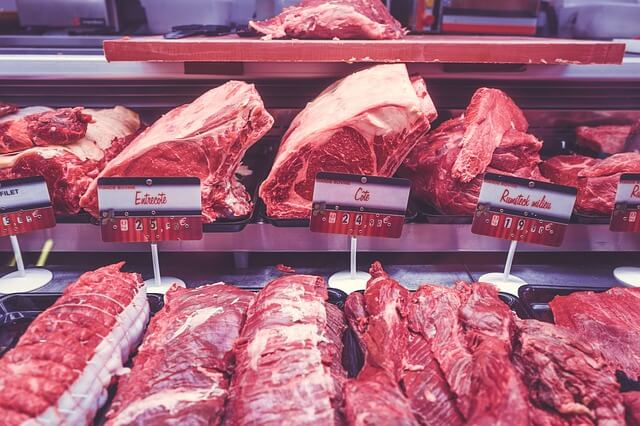 Why do people eat meat?

The most common answer you’ll get when asking a meat lover: because it tastes great. If you love meat you sure know what we’re talking about. But this is not the only reason, there are many benefits that come with eating meat.

By eating meat our body gets numerous nutritional elements, such as proteins, minerals (particularly iron, zinc, and selenium) and vitamins (especially vitamin D, B1, B2, B6, and B12). Meat proteins also have a very high biological value.

Unfortunately, there are also some downsides to eating meat, more on that later on. Luckily there are ways to ingest those same nutrients without eating meat, but the problem is they typically don’t taste that good for an average earthling.

Are humans supposed to eat meat? 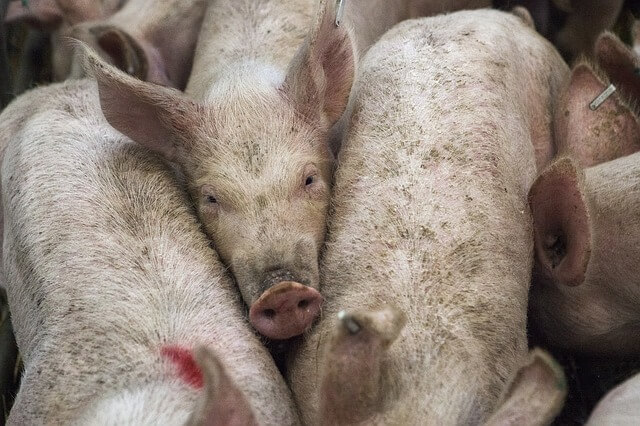 To make it a bit clearer for you here are typical representatives of omnivores: a bear, a pig, and a raccoon. What do you think, are there enough resemblances between humans and typical omnivores to make us one of them?

According to Dr. Williams C. Roberts from the National Institutes of Health and Baylor University (he is the editor-in-chief of the American Journal of Cardiology and one of the most prominent cardiologists in the world with over 1,500 publications in peer-reviewed medical journals) we are herbivores. Typical omnivores retain many of the carnivores characteristics, which is not the case with humans.

He states characteristics that make us herbivores:

As additional proof of humans being herbivores and not omnivores, Dr. Williams C. Roberts states atherosclerosis disease – narrowing of blood vessels due to plaques of cholesterol coating. The latter can occlude the blood flow that goes to our heart and brain, and it can cause heart attacks and strokes.

After reading a bunch of articles and facing all those facts, we came to adopt the following conclusion: humans are omnivore from a behavioral standpoint, but biologically speaking – looking at our anatomy and physiology – we weren’t built to eat meat.

Moreover, scientists claim that it’s very important for a given animal to eat what it is physiologically and anatomically designed to eat, to improve the chances of survival and health. It is no different with humans.

Why should we eat less meat?

First of all, you should know, that meat production is one of the most polluting industries or even the most polluting one on the planet. If each of us can reduce meat consumption we will do ourselves and our descendants a big favor. Our atmosphere and our oceans are being greatly polluted due to animal agriculture, even enormous amounts of rainforests are being destroyed for us to eat meat.

Did you now that cows alone produce more greenhouse gasses than all forms of transportation combined? Cows produce methane, which is up to 100 times more destructive than CO2 that is produced by vehicles. 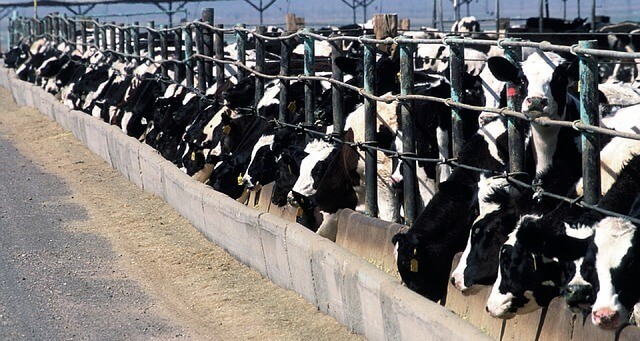 We use an enormous amount of food and water for animal agriculture just so we can eat meat and dairy products. While that same amount could quench people’s thirst and hunger many times over. Like that is not bad enough, that way we are also destroying our mother nature.

There are simply too many of us on our planet to live our lives that way, nature won’t be able to sustain it much longer – it’s not a matter of thousands not even hundreds of years – if we don’t make a significant life change, we’ll basically make the Earth unsuitable for human race to live on in less than 50 years.

From the environmental point of view, it’s no better if you switch to fish. We’ve been excessively robbing our oceans of its creatures and destroying its ecosystem. We’re over exploiting 3/4 of the world’s fisheries, moreover, there are many nontargeted fishes, whales, and dolphins killed in the process of fishing – so-called “by-kill”.

“We can not live on this planet with dead oceans. If our oceans die, we die.”

Here are some shocking numbers that will “blow your mind”:

We think you get the picture – raising livestock is the leading polluting monster. It’s polluting our air and oceans. If that’s not enough of a reason to eat less meat than nothing is. 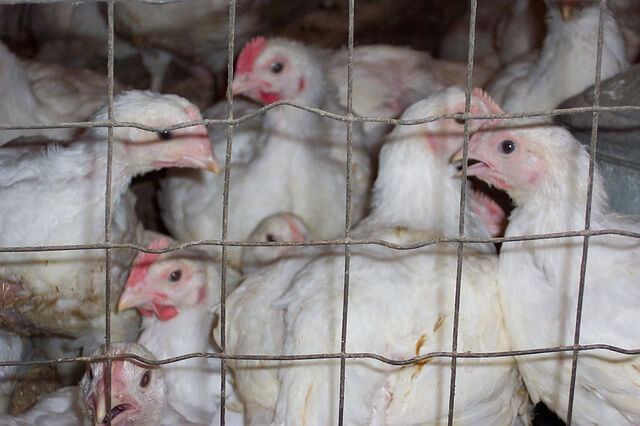 So, next time you see a vegetarian or a vegan thank him/her for doing something good for all of us. 😉

We really suggest you watch Cowspiracy: The Sustainability Secret – by many claimed to be one of the top documentary films on that topics. That is why everyone who’s into environmental stuff should watch it. If you prefer reading, there is also a book with the same title.

There are many saying this documentary is a scam trying to turn us into vegans, but it seems legit to us. We took some time to do some simple math and it all makes total sense. We also believe UN wouldn’t publish false numbers, while we all know that governments tend to deny a lot of stuff …

Since we are all usually more concerned about our health than the environment’s, here are some diseases and other health-related issues that are usually caused by excessive meat consumption: 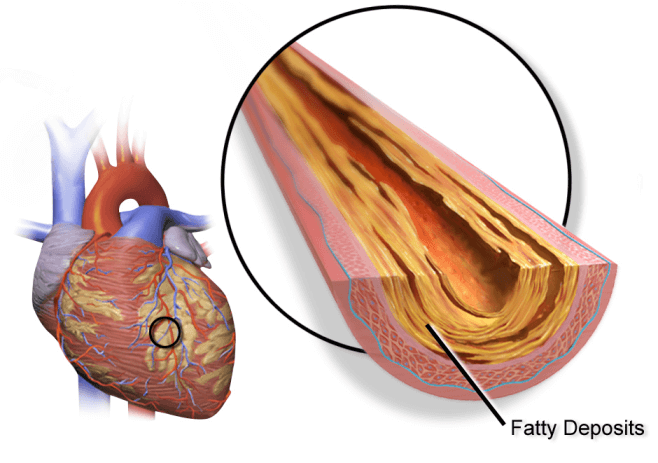 Many doctors and scientist claim there is a much greater risk of getting cancer, especially in the human intestinal fluke if eating a lot of meat. Meat consumption also causes toxicity of our bodies, since there are high levels of toxic substances (pesticides) in meat, chicken and fish fat, which builds up in our bodies. Latter can basically cause any type of disease.

Of course, all meat products are not the same. The most problematic one is red meat, chicken and fish are a bit less heavy on your health.

Is it healthy to eat meat every day?

We guess you have learned the answer by reading the content so far, right? It is probably not too healthy to eat meat every day. Although, like usually, opinions are divided – some doctors claim it would be the best if we would all cut meat out of our diets completely, others state  1.1 lbs (500g) per week or 2.4 oz (70g) per day as a maximum quantity of meat for an adult.

We provided you with more than enough information, now it’s up to you to decide what you’ll do with it. 😉 It seems that a person doesn’t stand a chance to be a good earthling if he/she doesn’t reduce meat, chicken, fish, eggs and dairy products consumption to a bare minimum. Apparently, one can do the most for the environment that way.

Have a fabulous, possibly meatless week. 😉