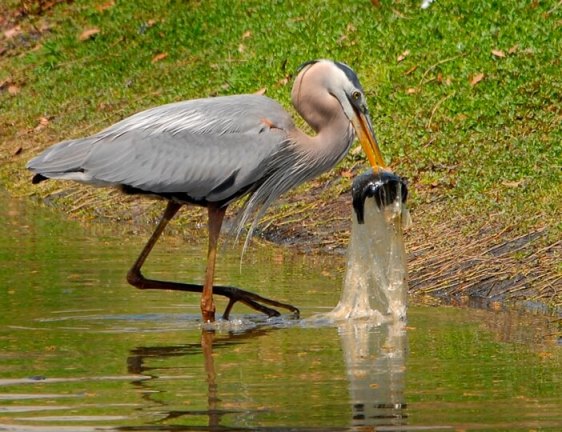 Use a reusable shopping bag when you go shopping.

You can either reuse the old plastic bags you got at home or buy your own reusable shopping bag.

“Cut down on your use of plastic shopping bags because many end up in the ocean.”

The latter happened in our country a few years back. And let us say, that we were really mad at first. We were totally used to the fact that you get a free plastic bag to carry groceries home. Not to mention the additional cents we started spending on plastic bags – on average one costs around 0.10 – 0.20 €. Which on average adds up to 100 € per individual yearly.

But sadly, we soon got used to it, most of us did. Instead of using less plastic bags – we really hope that was the main reason behind this law and not to make additional money – most of us got totally used to buying them.

While spending a few weeks in the US last year, we were really surprised, that they still offer free plastic bags at the grocery stores. Although we’re not sure if that’s true for all states. Moreover, most of them have employees putting the stuff you buy in plastic bags, and to prevent customers’ displeasure they end up using 4 or even more bags, to make it suitable to carry heavier loads. That way we normally ended up coming home with more than 10 plastic bags. 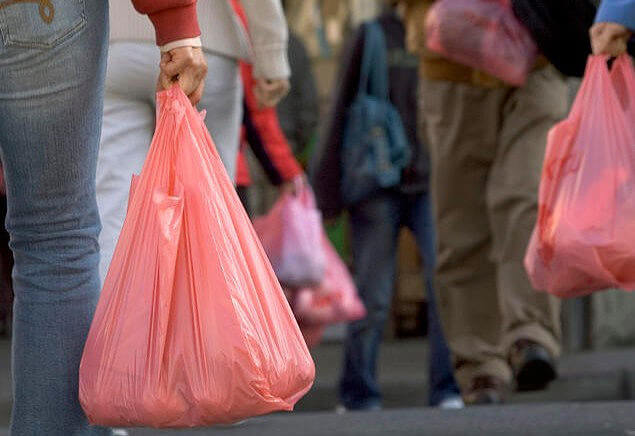 But now, since we are Good Earthlings, we are using reusable bags. And we urge you to do the same. By doing that you’ll be doing our mother nature a favor and you’ll also save some money in the long run. Moreover, you’ll also avoid dropping your groceries in the middle of the parking lot due to a plastic bag rapture – one of the great plastic bag’s disadvantages. Not to mention the satisfaction you’ll get by knowing you’re doing a good thing for your planet. 😉

“Let’s protect our ‘aina and our ocean. Please remember to bring your reusable bags.”

Let’s lay down some disturbing facts about plastic bags and even crack open a few myths connected to them. You’ll even see that they are not all bad, it’s us humans who turn it all into a disaster – the pollution by plastic bags.

There are a lot of different numbers reported by different institutes, we decided to state the lowest ones. That way no one can accuse us of exaggerating. Below you’ll be able to read some concerning information regarding plastic bags. We can say, we were really shocked seeing some of those numbers: 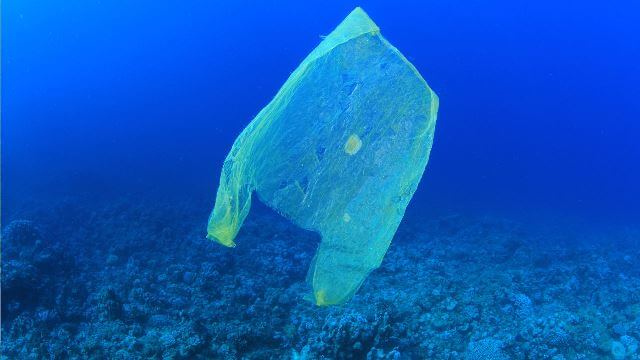 If you think about it, it’s quite disturbing and ridiculous to make something last for 100s of years if it is being used for only a few minutes. Right? It kinda makes you think if we really can’t come up with something better. Apparently not, the best solution remains to use reusable shopping bag. 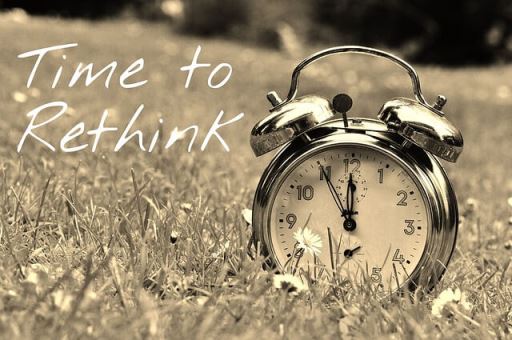 Many stores now offer paper bags under the pretext of those being way eco-friendlier. We’ve decided to break it down for you, to inform you, that using a paper bag is a very poor compensation. In many ways, they’re even worse than plastic bags.

A real shocker: All environmental impacts related to air emissions, water emissions, and solid waste are significantly greater for those of paper bags than those of plastic grocery bags. That is production wise.

Can you recycle plastic bags? Are plastic bags recyclable? Those or similar questions are often answered in misleading ways. A lot of “green fighters” claim that plastic bags can not be recycled or at least not properly. We understand, that they probably say that to persuade people to stop using them, but since one of our main mottos is to be honest, we feel obligated to tell you the truth. Then it is up to you to make the right choice.

Now you know enough to realize, that you simply have to do your best to perform this week’s challenge. Really try and do as much as possible to change your habit, to reduce the possibility of creating concerning, ugly and harmful sights like the one shown in the photo below. 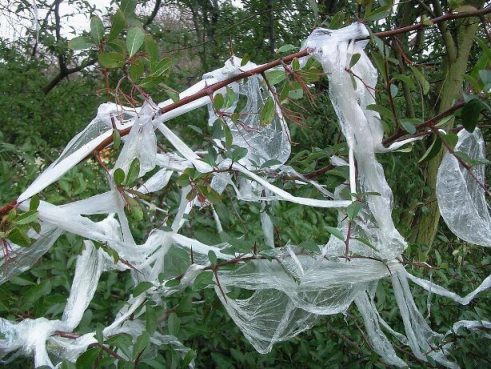 Even if you’ll buy a reusable bag, you’ll still have to deal with plastic bags from time to time. Sometimes you’ll simply forget to take your reusable bag with you or you’ll buy some new clothes and won’t remember to stop the cashier from putting them into a plastic bag and before you’ll even realize, you’ll be bringing it home.

That’s the time to remember the fact that plastic bags are 100% recyclable. Put them in a trash can for plastics. In case you don’t have a trash can that allows you to recycle properly, you should seriously consider buying one. There are many good recycling bins available nowadays. 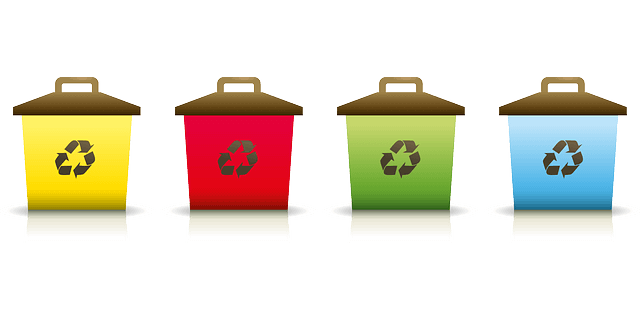 For those of you who don’t want to carry a potentially heavy shopping bag, we recommend using a folding shopping cart. We always keep one in our car, that way we don’t even use public shopping trolleys anymore. Which brings us to an additional plus side – you avoid touching those nasty handles filled with germs.

When we first started using our reusable shopping bag it happened quite often that we had forgotten to take it with us when we went to the store. Then we bought additional reusable shopping bags and put them in different locations – we have one in our car (right next to folding shopping cart), in our kitchen, in our closet in the hallway and one in our bicycle bag. And since we’ve done that we’ve almost never gone to the store without one. We really suggest you do the same since you usually get more than one reusable bag in a pack anyway.

“What you do today can improve all your tomorrows.”

Well, that’s it about this week’s challenge. We hope you’ve learned something new and useful. And hopefully, you’ll decide to take a reusable bag with you the next time you’ll go to the store. 🙂

If you have any comments please leave them via the comment form below.